Oh my, such a long time since the last post! Stuff happened though. Treasure chests were added, levels were adjusted, a Gauntlet mode was implemented, and lots and lots of tuning occurred.

That was it for the update.

Also, the Binding of Isaac is awesome.
Posted by Travis at 10:16 PM 1 comment:

OK, so I've totally ditched a mechanic from the game. Chickens no longer produce more cash in larger groups. It was fiddly, and annoying, and too hard to explain to new players, and so I've removed it and rebalanced accordingly. I think it is definitely better.

New chicken - snooty banker chicken. Automatically gathers gold produced around him, but produces nothing of value himself. People have been asking for this one for a while!

Some further interface refinements to help you pinpoint in zoomed-out states exactly what you are picking up.

Various minor bugfixes or adjustments, and also a 'vanguard' monster that comes out halfway thru warmup to remind you to build some offensive stuff before the crowd shows up.
Posted by Travis at 2:42 PM No comments: 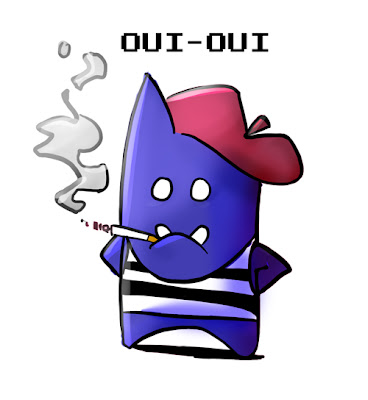 Email ThisBlogThis!Share to TwitterShare to FacebookShare to Pinterest
Tweaked level 16 a bit - shortened range, added a quicker way to change monster probabilities per type ( exciting, no? )

Trying to figure out a mechanism I like for non-buildable spaces. Webbstre suggested mud, and I like that ( or quicksand ) but is mechanically problematic. If a brick is half-sunk in quicksand, can you pick it up? What if only 10% sunk? And if you can pick up and re-place objects on it, does that perform its intended purpose?

May have to do lava or something - a mechanism that performs irreparable damage. Leaving things there results in destruction. Given that you can throw objects it is hard to prevent you from tossing something there, so contact or placement within the vertical band has to be the limiting factor.

Need to play an 'error' sound when trying to grab burning objects and failing. Or a red exclamation particle. Or both.

Also, revising thoughts on 'almanac'. Thinking of having a spotlight shining on a little walking version of the monster, maybe some goofy french music, and then details spew on the bottom of the screen in silent-movie style title cards.
Posted by Travis at 10:22 PM No comments:

After a short hiatus while I did 'real job' stuff, a new build went out tonight.
Some fundamental changes to game structure ( must destroy all enemies, not just survive time limit, waves of monsters, monster speed acceleration toward end of round ), and a new monster, and 3 or 4 new levels ( replacements for old ones ).

Back in the saddle again!

I really need to tackle a UI polish pass soon, too.
Posted by Travis at 12:16 AM No comments:

Travis
I'm the CEO/Engineer/Art Director at Double Damage Games. I used to run Runic Games. I like art! And apparently guitars.